Money, Seashells and the Currency of Time (Part 2) 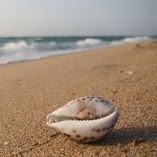 Again from Aristotle's book Politics --- "Those who become avaricious do so because they forget that money merely symbolizes wealth without being wealth itself."
It's perhaps the most powerful quote from the book and leads to two questions --- What is wealth? What is currency?
I used to run a company in the NYC suburbs that for years put me in close contact with some of the world's richest people (monetarily), some of them specifically important to the world financial system. Due to the nature of this company I was able to witness their personal lives to an extent that very few could.
I can attest from this perspective to "money merely symbolizes wealth without being wealth itself."
These so-called rich are some of the most fucked up miserable people I've ever encountered. Possessed by their own possessions and greed. Socially, morally, intellectually, and physically bankrupt. If only what I witnessed could be transformed into reality TV so that anyone could easily imagine themselves as a rich fat slob with a soulless existence and no free time, trapped in a broken marriage, with a degenerate family, and a psychiatrist who writes prescriptions as fast as his wife can write checks.
Traveling and living in over 50 countries has given me some reasonable perspective. Although basic logic contrasts against the modern concept of wealth itself. The same basic logic would tell us that the greatest wealth is from within.
Easily we let our relative poison our rational.
The best example I can think of comes from when I was trekking around the Tibetan Himalaya region of Nepal. My guide was a well-known Sherpa. The Sherpa people are the world's most famous mountaineers who several hundred years ago migrated to this area from Tibet. At the time the region we were trekking through was occupied by Maoist rebels. Sherpa and I had a mutual hatred of these communists; it easily helped us become good friends.
Sherpa had worked these mountain trails as a guide more than just about anyone during his life. In winter when the trails were snowed over he would drive a bus in the lowland. Through a life of hard work he owned 3 houses and over a dozen yaks. In his village the amount of yaks you had was still a good measure of ones wealth and having over a dozen was a big thing.
Some other villagers with fewer yaks resented him even though he earned what he had through hard work and savings. They had comfortable and easier lives, but it made them envious and resentful that Sherpa had more.
When Maoist rebels came to occupy the village one of Sherpa's resentful neighbors informed the Maoists of Sherpa's anti-communist views. So the Maoists then came for Sherpa's property and forced his family to flea the village.
After working and saving his entire life to get what he had, suddenly he had none of it. Sherpa, known and respected by so many in the region for his peace and wisdom was now ready to make himself into a bomb and have an explosive ending with the communists.
If Sherpa had little there to lose would he have felt the way he did? If his resentful neighbor also had over a dozen yaks instead of just three, would be he still be resentful? If he owned two yaks instead of three, but then Sherpa and the others only had one yak each, would he then be pleased?
If our money has such unreal value, and material wealth has such indefinite value, then how should we value wealth and currency?
That's for us all to define, and the definitions won't be constant.
What will remain constant is that freedom and health are wealth, and the greatest currency of all is time.

Posted by Citizen Liberty at 4:42 PM 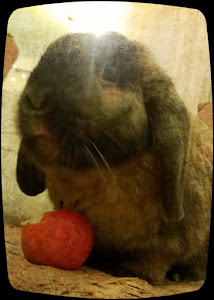